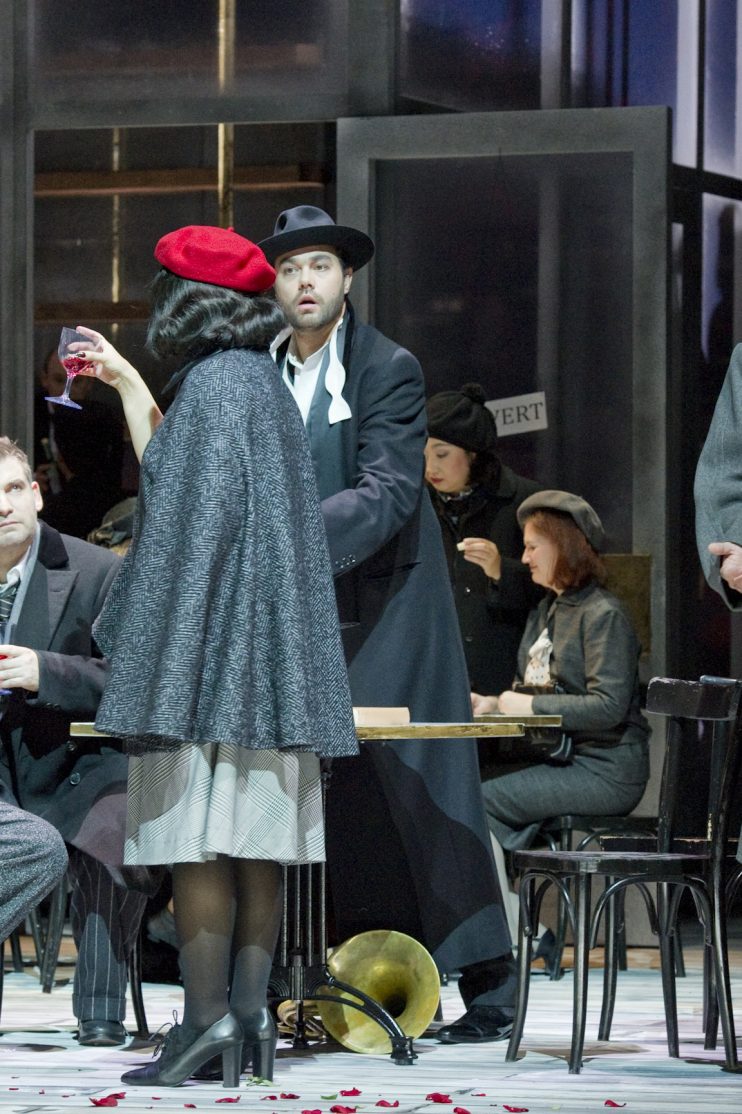 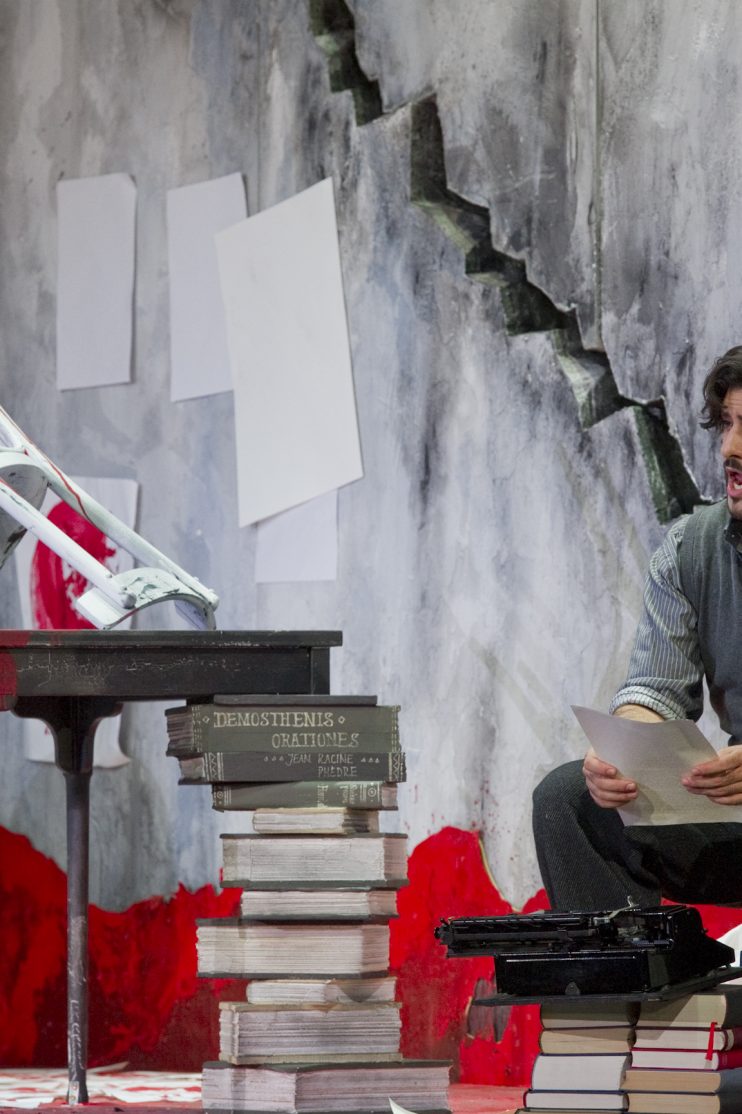 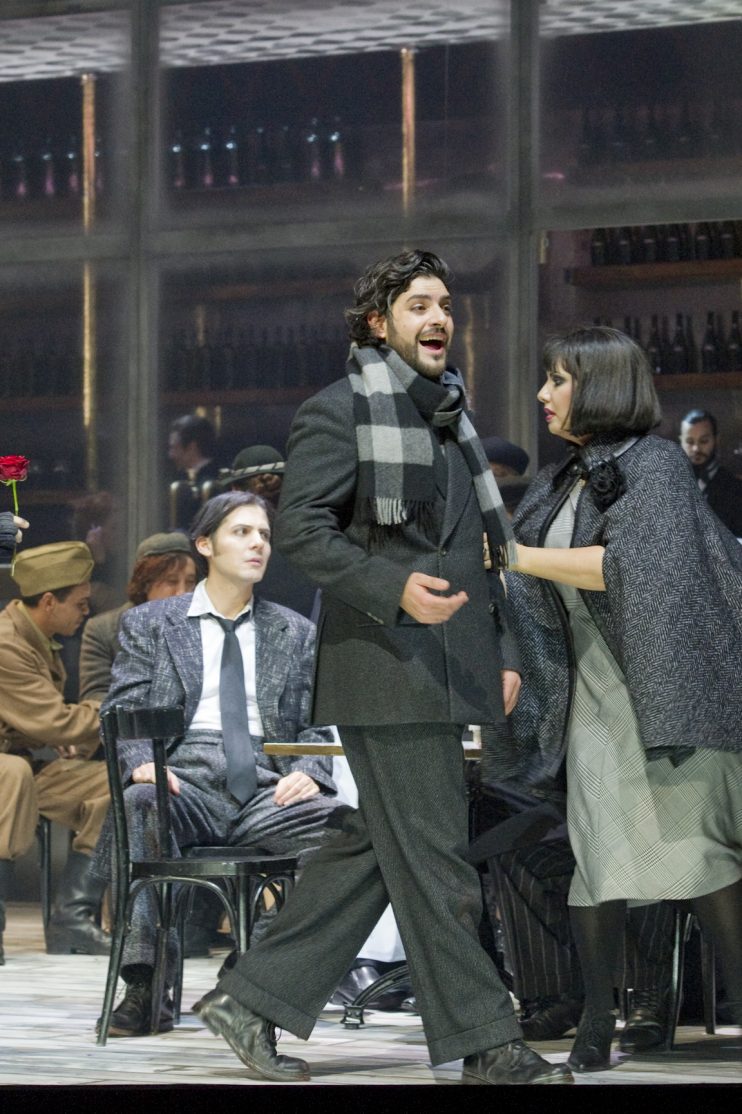 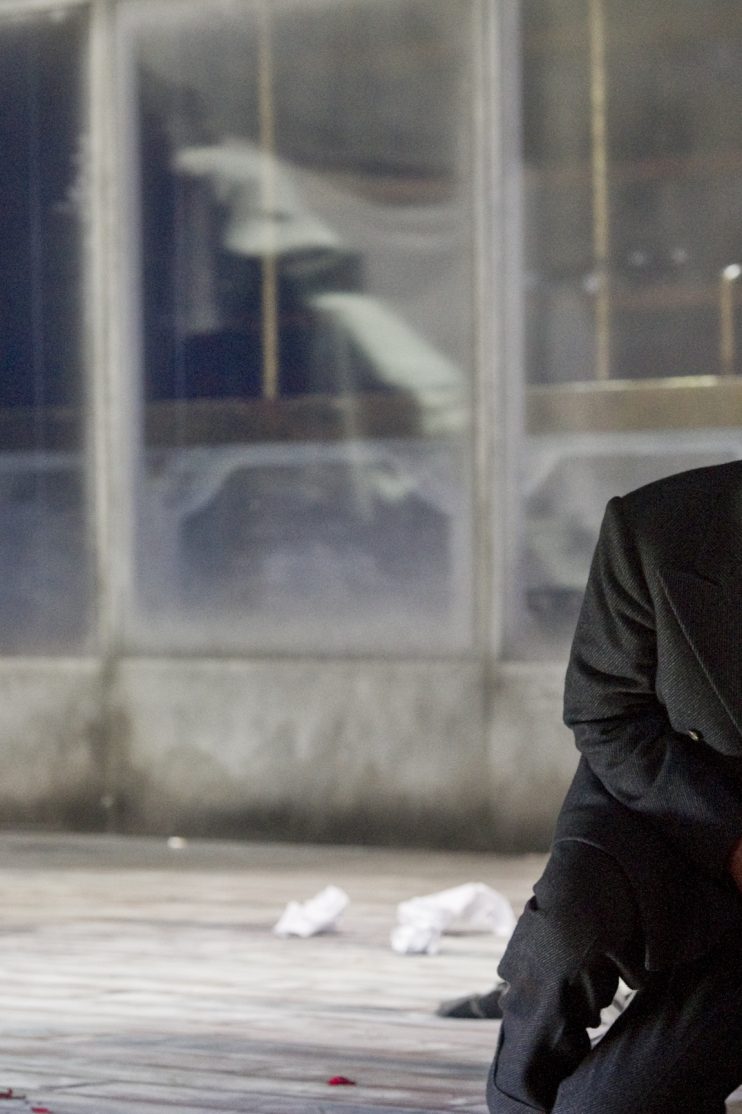 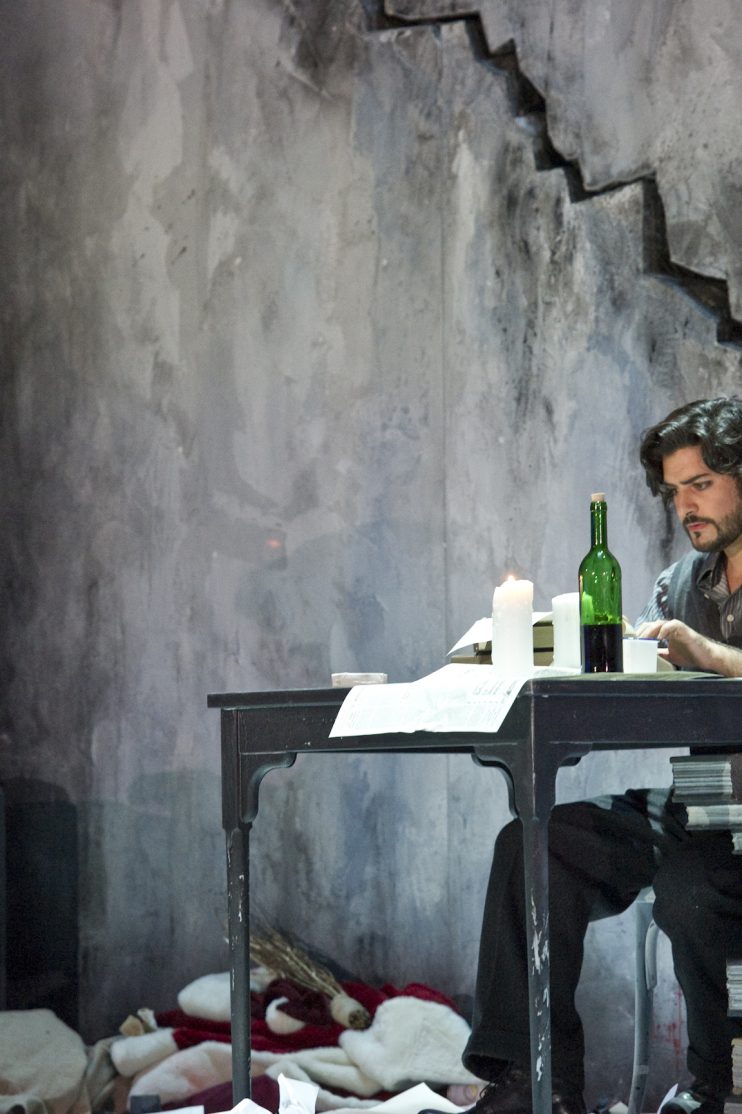 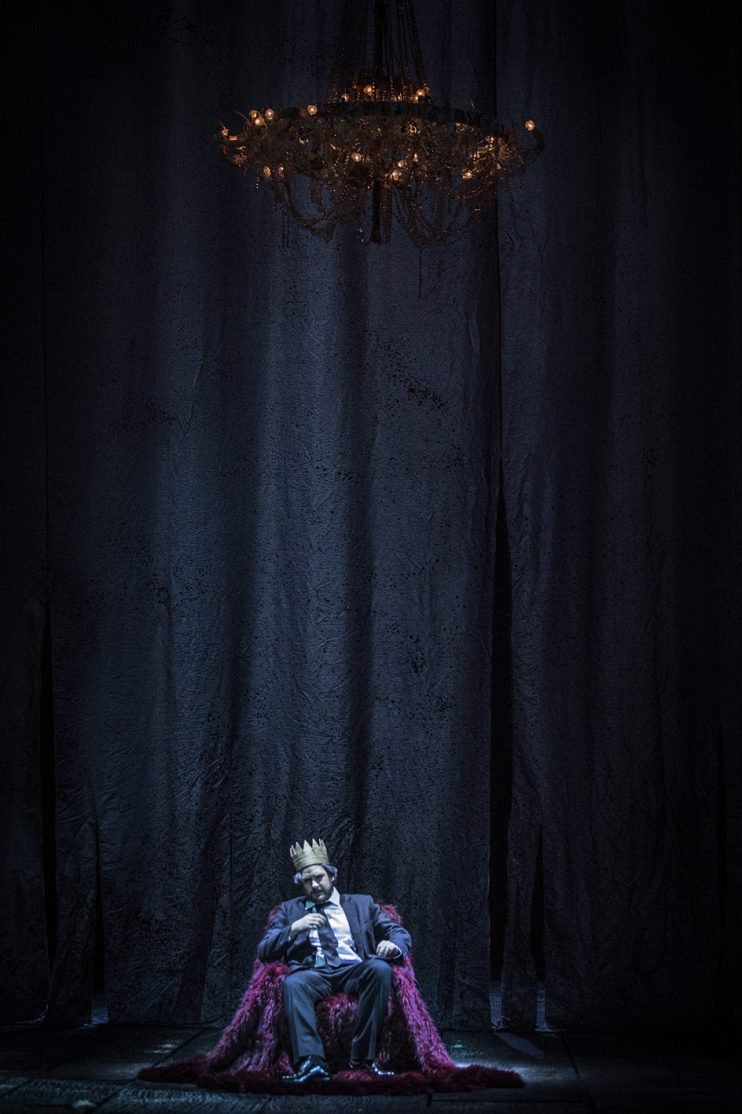 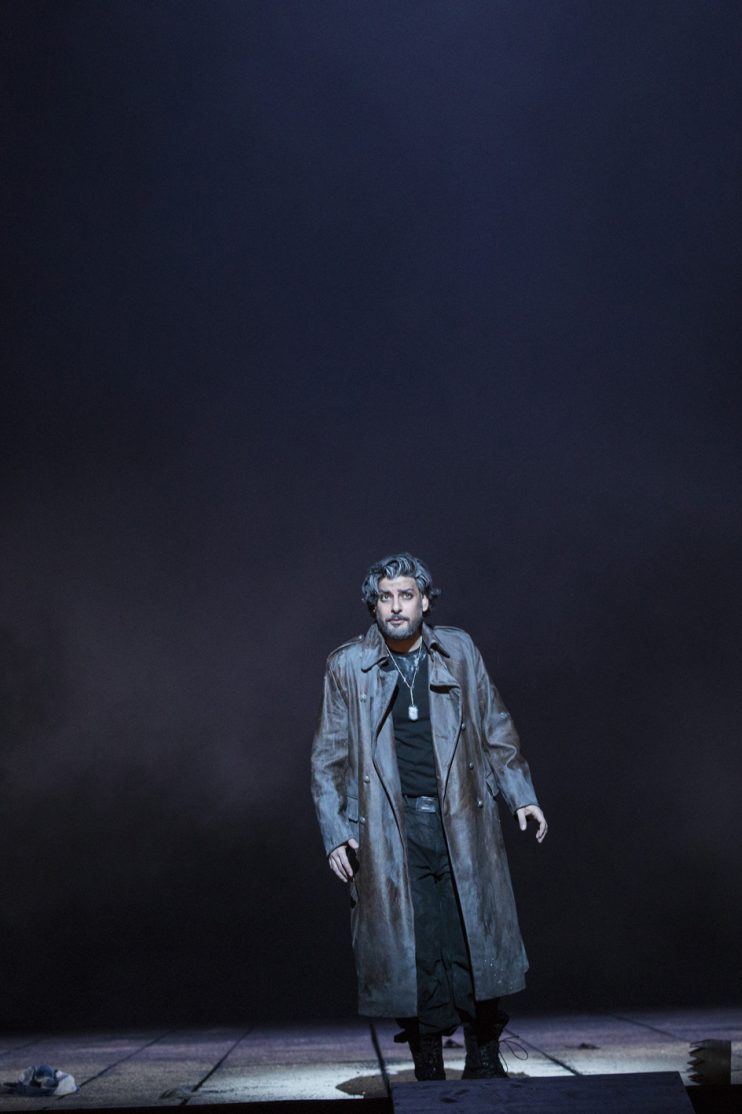 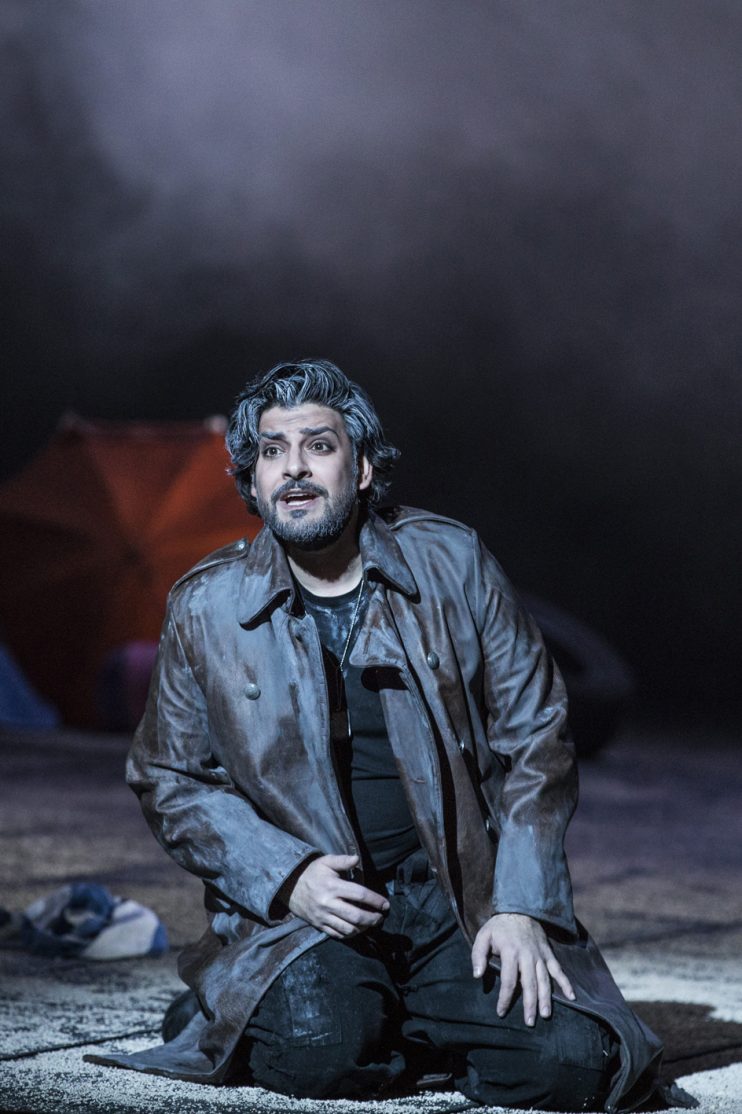 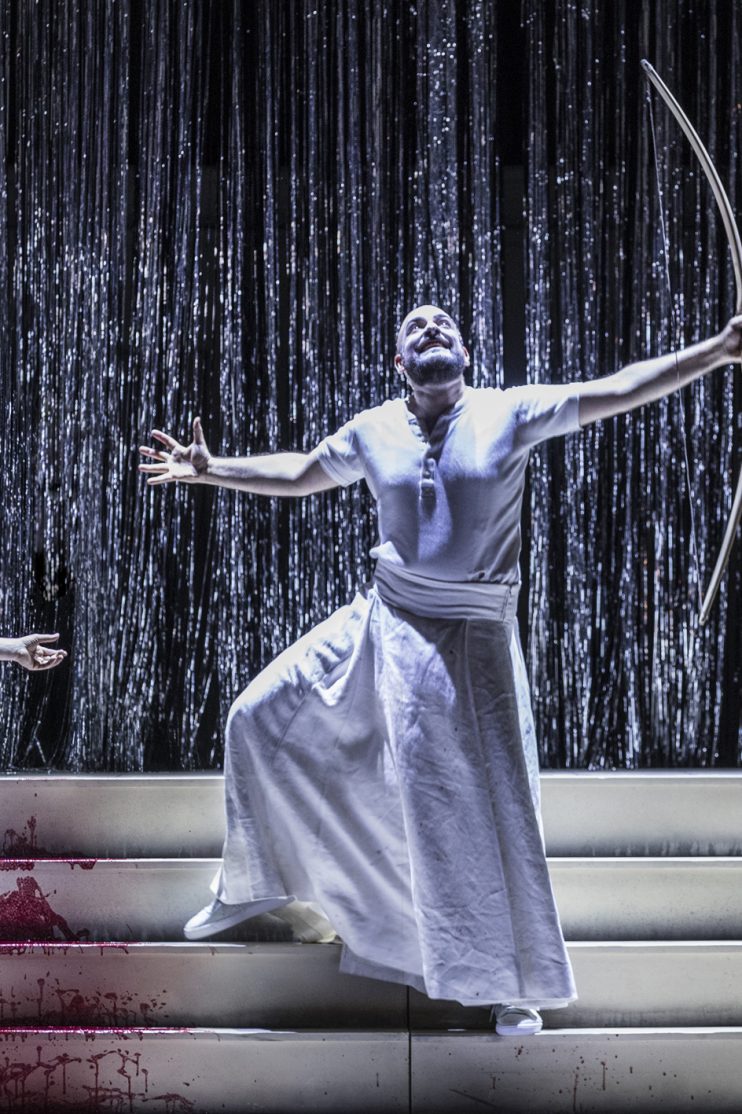 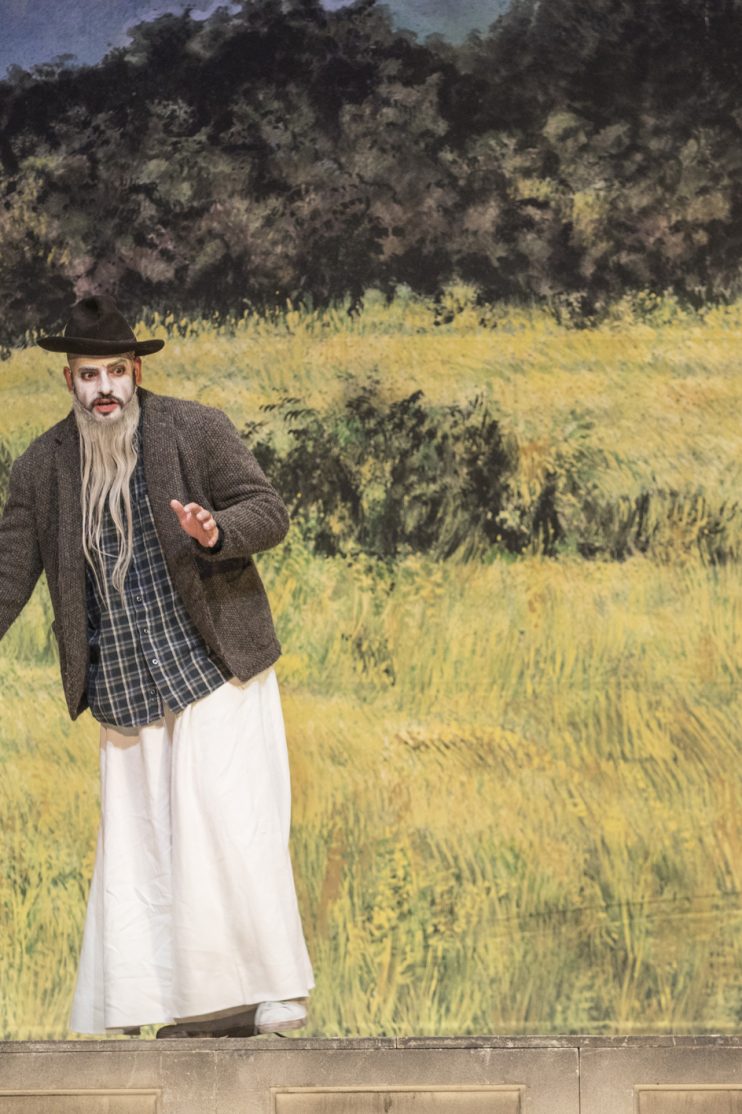 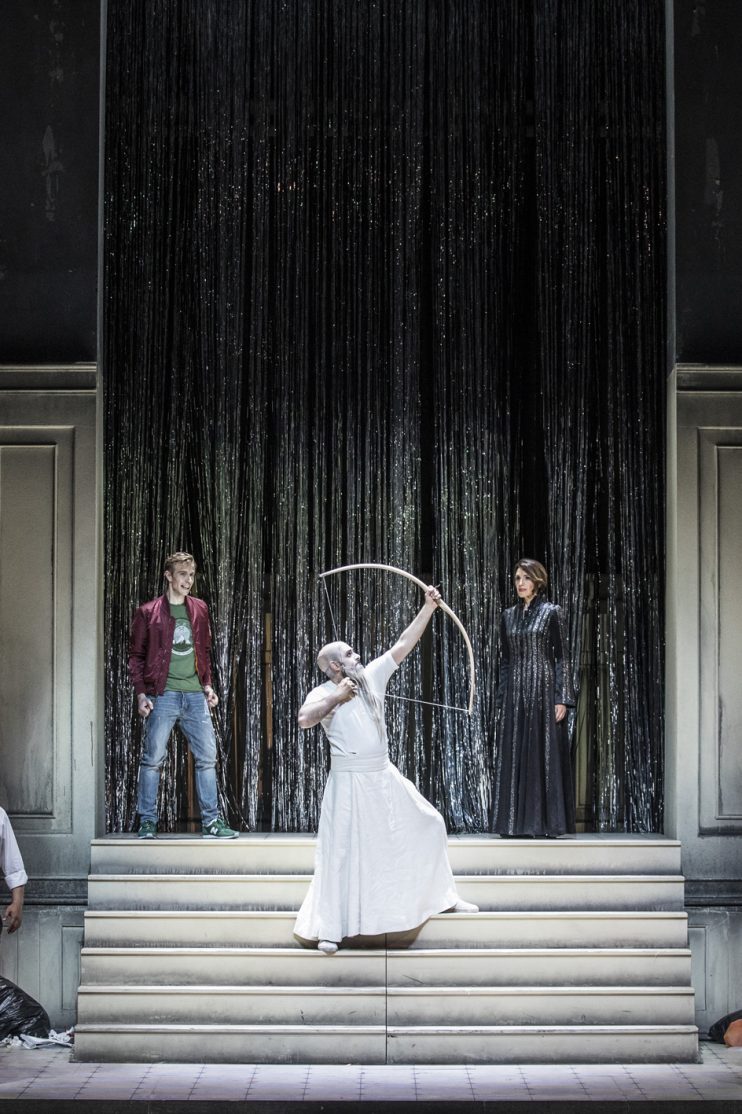 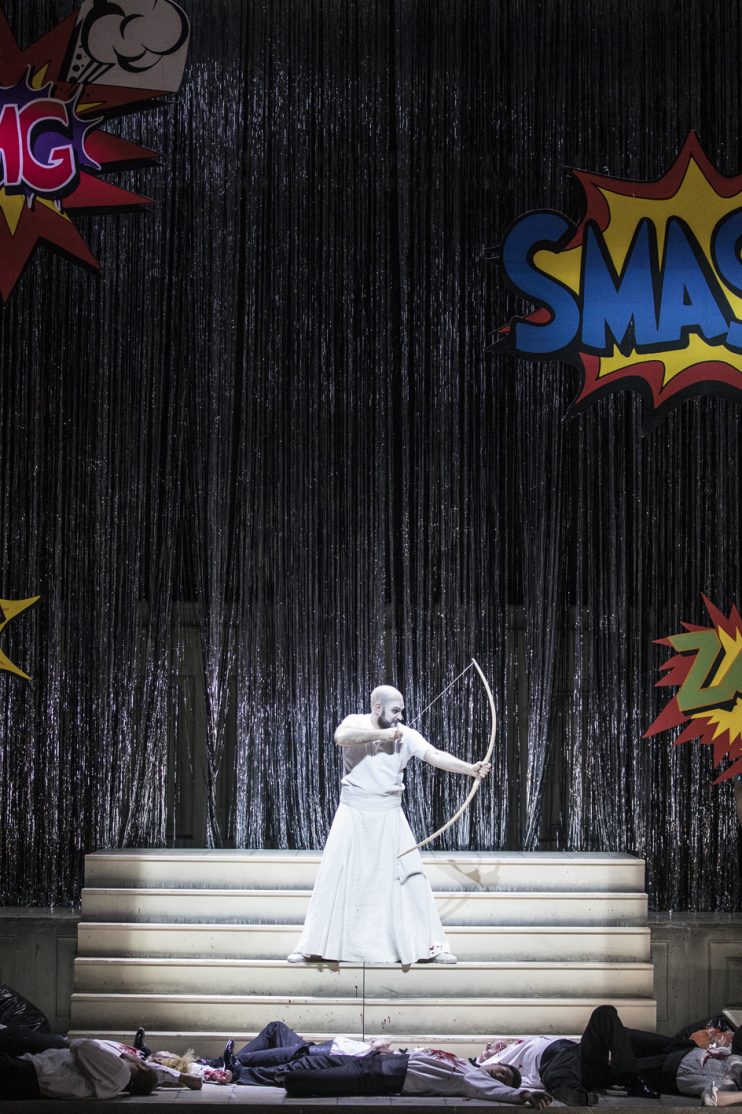 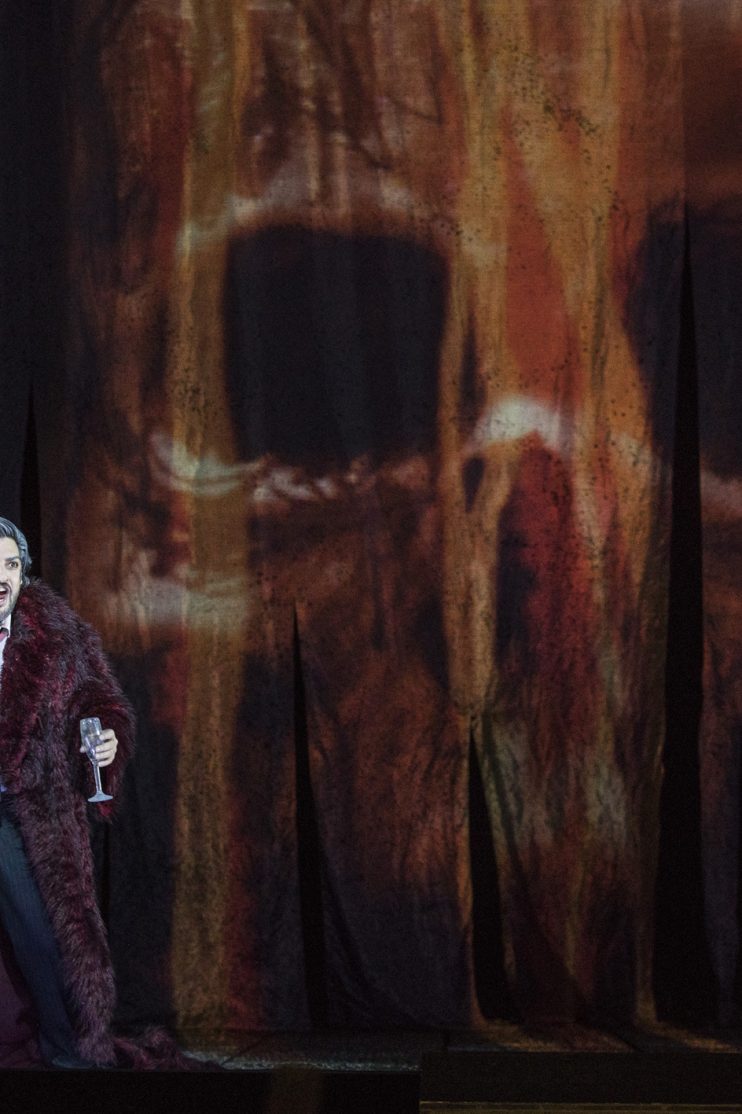 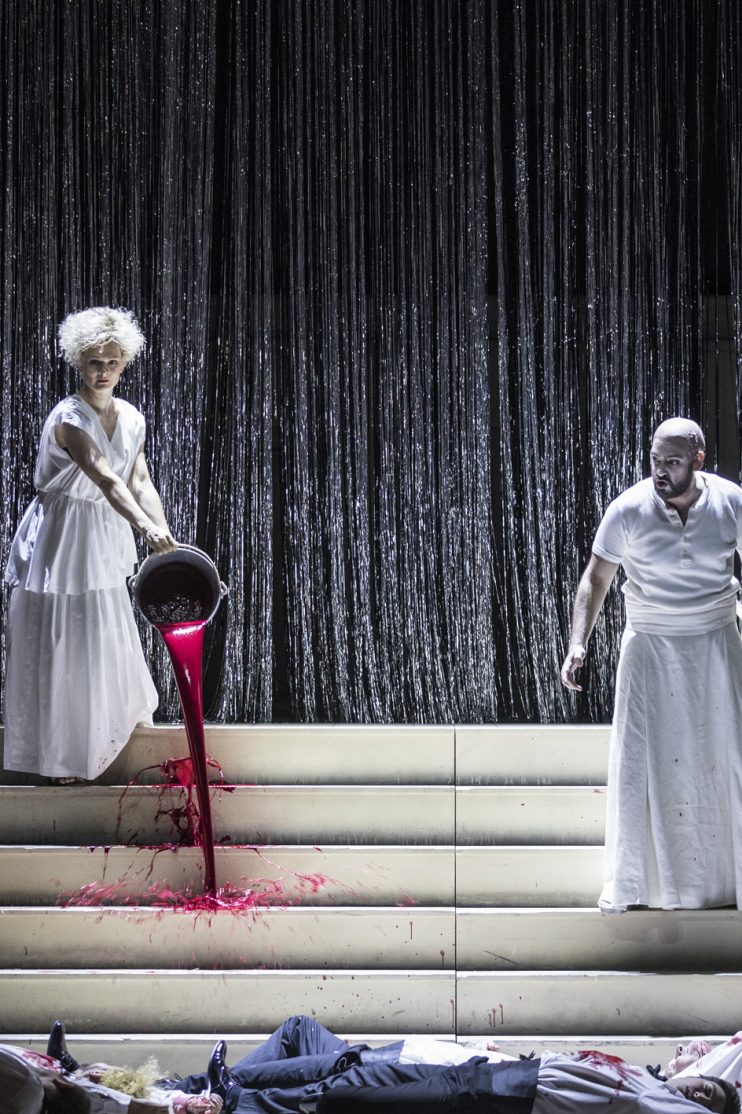 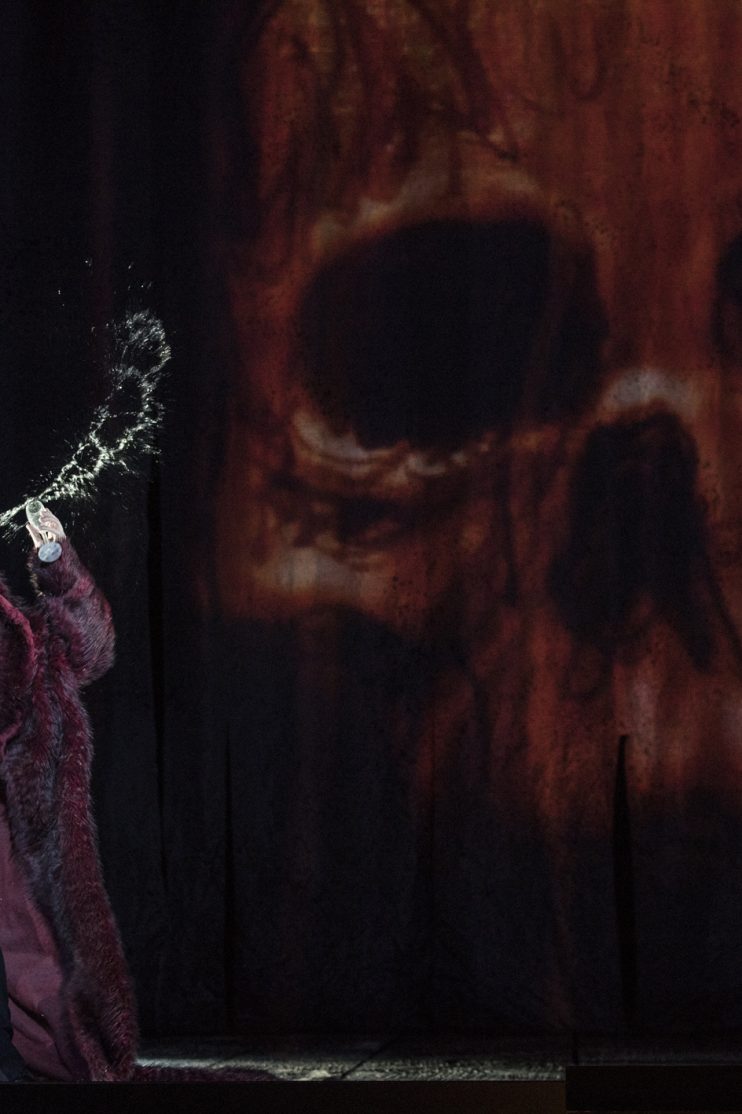 MRM is delighted to welcome Austrian tenor Ilker Arcayürek for general management. Hailed by the press for his “golden tenor” (Opera Now Magazine) and quickly establishing himself “in a class...

“In a class on his own: Ilker Arcayürek has the kind of airy, easily ringing tenor that puts across words beautifully, with power in reserve yet a hint of vulnerability too”

Born in Istanbul and raised in Vienna, tenor Ilker Arcayürek has emerged as one of the most exciting and versatile vocal artists in recent years – hailed by the press for his ‘golden tenor’ (Opera Now Magazine) and quickly establishing himself ‘in a class of his own’ (The Guardian). He is a winner of the International Art Song Competition of Germany’s Hugo Wolf Academy, a finalist of the 2015 BBC Cardiff Singer of the World and was a BBC Radio 3 New Generation Artist.  He was also selected to perform at Ronaldo Vilazon’s ‘Stars of tomorrow’ for ARTE. In 2017 Champs Hill Records released his first solo album ‘Der Einsame’, featuring Schubert songs and accompanied by Simon Lepper, to great critical acclaim.

On the opera stage Ilker has performed at Teatro Real Madrid in Kasper Holten’s production of Wagner Das Liebesverbot, Munich Opera Festival of the Bayerische Staatsoper in the world première of Nikolaus Brass Die Vorübergehenden, Salzburg Festival in Donizetti Lucrezia…

On the opera stage Ilker has performed at Teatro Real Madrid in Kasper Holten’s production of Wagner Das Liebesverbot, Munich Opera Festival of the Bayerische Staatsoper in the world première of Nikolaus Brass Die Vorübergehenden, Salzburg Festival in Donizetti Lucrezia Borgia, Volksoper Wien in Lortzing  Zar and Zimmerman and recently for Opera Graz the role of Lyonel in Flotow Martha and as the title role in Weber Oberon.  In summer 2019 Ilker made his US operatic debut in the role of Nadir in Les Pêcheurs de Perles at Santa Fe Opera.

From 2015 to 2018, Ilker was a member of the ensemble of the Staatstheater Nürnberg, singing repertoire including Rodolfo La Bohème, Don Ottavio Don Giovanni, Nadir Les pêcheurs de Perles, the Evangelist in Bach St Matthew Passion, and Andres Wozzeck, as well as the title roles of Idomeneo, and Il Ritorno d’Ulisse in patria. Other roles prior to this, as part of the studio of Zürich Opera and member of the ensemble of the Stadttheater Klagenfurt, include Ferrando Così fan tutte, Aljeja From the House of the Dead, Italian Singer Der Rosenkavalier, The Prince The Love for Three Oranges, Alfred Die Fledermaus and Tamino /Die Zauberflöte.

Ilker is a passionate exponent of Lied and has given recitals at the Edinburgh International Festival, Wigmore Hall, at the Schubertiada Vilabertran with Wolfram Rieger and complete cycles of Schubert’s Winterreise at the Innsbruck Festwochen and the Bibliotheksaal Polling.  He made his highly anticipated United States recital debut in February 2019 at the Park Avenue Armory in New York and with San Francisco Performances, accompanied by pianist Simon Lepper.  Future recitals include appearances at deSingel Antwerp, Oxford Lieder in an all-Schubert programme with Hartmut Holl, Die schöne Müllerin with Ammiel Bushakevitz at the Heidelberger Frühling, with Daniel Heide to include Schumann’s Dichterliebe, Op. 48 in Germany, Switzerland and Italy, and a return to the Wigmore Hall.

Concert highlights have included a performance of Beethoven Symphony No.9 with the Royal Philharmonic Orchestra at the Royal Albert Hall followed by performances and a recording of the work for Naxos Records with the Danish Chamber Orchestra under the baton of Adam Fischer, and debuts at Bozar’s Klarafestival singing Liszt’s Faust Symphony with the Orchestre National de Belgique under the baton of Hugh Wolff, with the Symphonieorchester des Bayerischen Rundfunks under the baton of Mariss Jansons in Bruckner Mass in F minor, with the Orchestre National du Lyon singing the tenor arias in the St Matthew Passion and performances of Thomas Larcher A Padmore Cycle with the Tiroler Symphonieorchester Innsbruck. Other conductors that he has worked with include Ivor Bolton, Mirga Gražinytė-Tyla, Riccardo Minasi and Lars Vogt.

Future highlights include his Japanese debut with the Tokyo Philharmonic Orchestra, performing Liszt Faust Symphony under Mikhail Pletnev, two separate performances at the Wiener Konzerthaus with Wiener Kammer Orchester and Arnold Schoenberg Chor and with the Tonkünstler-Orchester, with the Royal Northern Sinfonia under Laurence Equilbey and on the opera stage he will perform the role of the Poet in Thomas Larcher Das Jagdgewehr for Dutch National Opera as part of the Opera Forward Festival in Amsterdam with Ensemble Modern and roles of Ariel, Pater Ecstaticus in Schumann Szenen aus Goethes Faust for Opera Vlaanderen under Philippe Herreweghe.

Ilker makes his home in Zürich with his wife and daughter.